Imagine the Beatles are headlining RG27Rocks and will play two sets to allow for a costume change or two.

Having played all over the world as well as extensively throughout the UK their show is non stop hit after hit. The band have played for royalty, stars of stage and screen, members of parliament, theatre's and parties with their fabulous show.

For those of you who appreciate attention to detail, look out for the Hofner Bass guitar played by Paul, George’s Gretsch, Ringo’s original Ludwig drum kit, the bands Vox amps. And did I mention the costumes?

In their two sets, Imagine the Beatles will take you on a fab journey from the early “Cavern” days, through “Beatlemania” and onto Abbey Road, calling at Penny Lane en route. A Magical Mystery Tour you won’t want to miss. Buy your Ticket to Ride at RG27 Rocks now (link to products page) 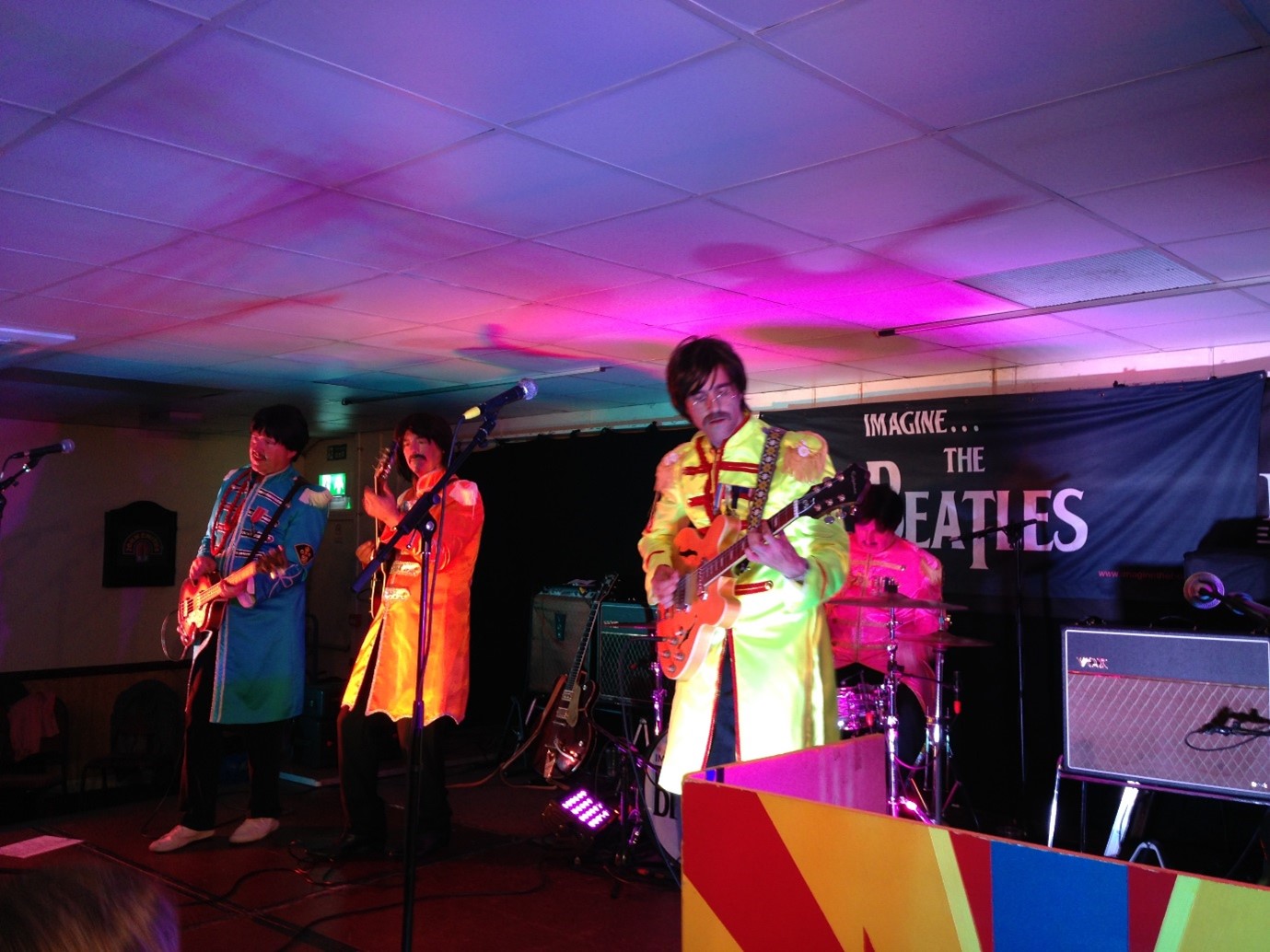