Hot Wires are a 6-piece Surrey/Hants based Rock-Blues Band.

Hot Wires will get you in festival mood with their dedicated Blues numbers, as well as trashed-up versions of Blues standards. Their lively set is full of songs buried in the Delta and Chicago roots of Blues, the Sixties British Blues Invasion of America (Led Zeppelin, Rolling Stones and Cream), New Wave R and B sounds of Dr Feelgood and Nine Below Zero, and more recent artists such as Gary Clarke Jr and the Black Keys.

They include plenty of songs that will get people up and dancing, such as more “rocky” numbers from Thin Lizzy, Doors, Velvet Underground and the Stereophonics; and a couple of their own original locally grown tunes for good measure. 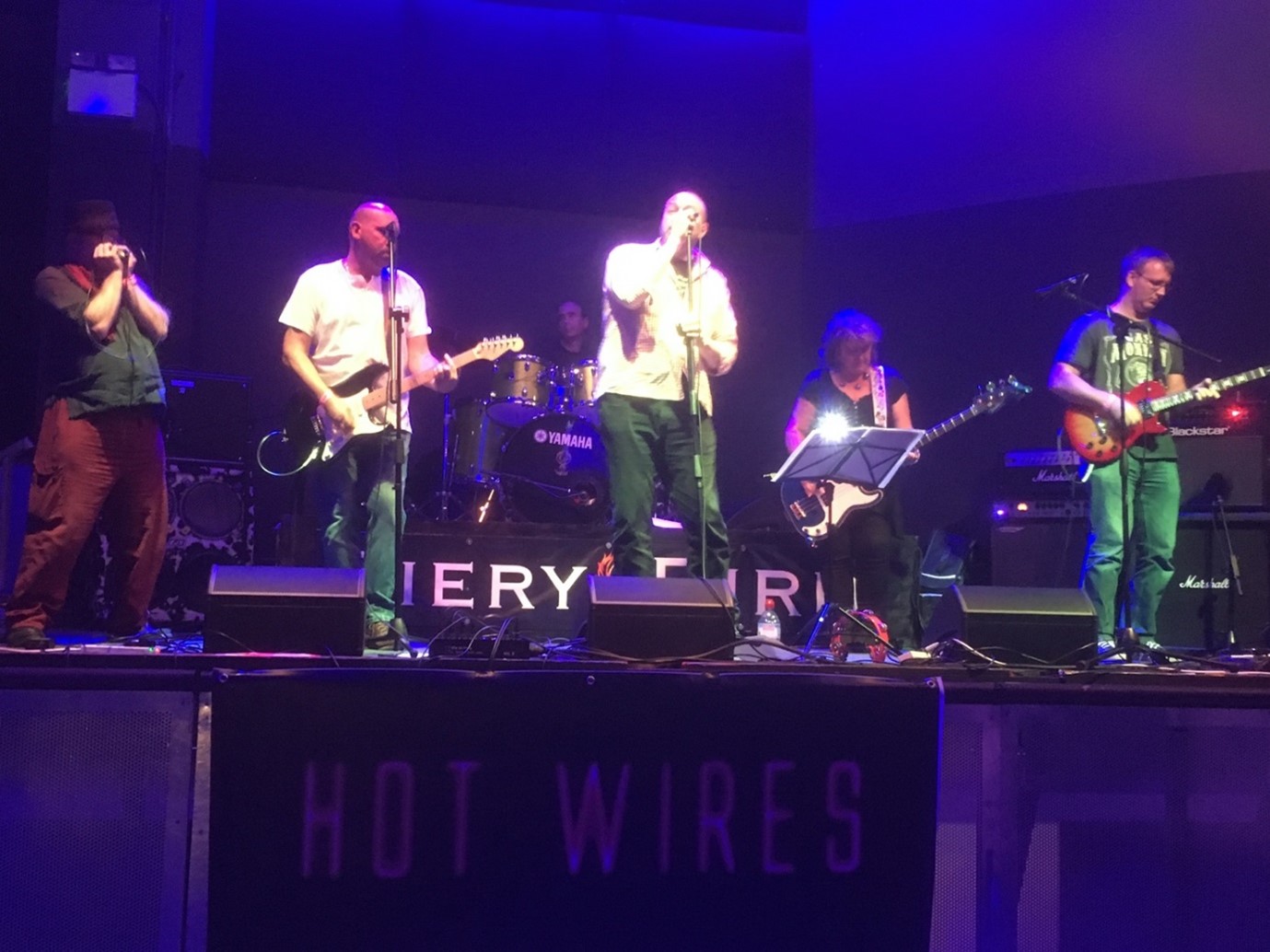